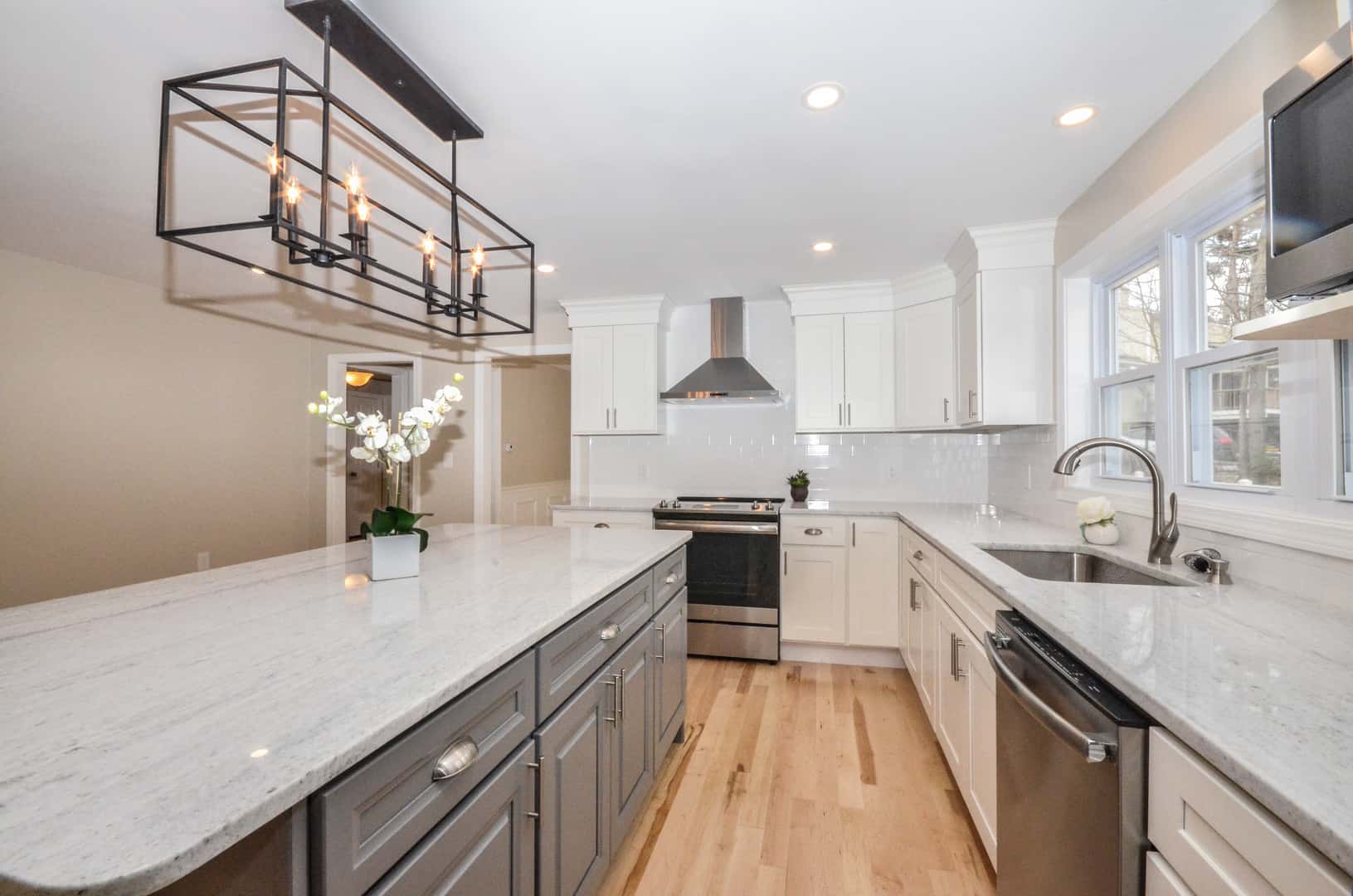 Save Your SearchRefine Search

Unique Contemporary Home with Amazing Views...Applianced Large Kitchen with Tile Floor, Island and Wet Bar Area, Formal Diningroom, Formal Livingroom, First Floor Office, 2 Story Familyroom with Glass Doors to Deck with an Amazing View. First Floor Master Suite with Large Walk In Closet and Private Master Bath. Hardwood Flooring on most of the first floor. Oak Staircase to 2nd Floor that has 2 Bedrooms, both with Doors to Private Deck, and both with Vaulted Ceiling and Access to 3/4 bath. Other Amenities include Washer and Dryer in Walkout Basement, a 2 Car Garage and a separate One Car Garage, In-ground Pool and much more. Driveway to be relocated. Subject to Subdivision Approval and Lot Line Adjustment granted from the City of Manchester.

Looking for a single level home that is new construction? Look no further than Manning Hill in Manchester's north end! The Brentwood floor plan features 2 bedrooms, 2 baths, study, dining room, great room and eat in kitchen!! Lots of hardwood, granite countertops, central ac, plus many options/upgrades available to personalize your home. Seller is a licensed real estate broker. This community will have a homeowner's association. 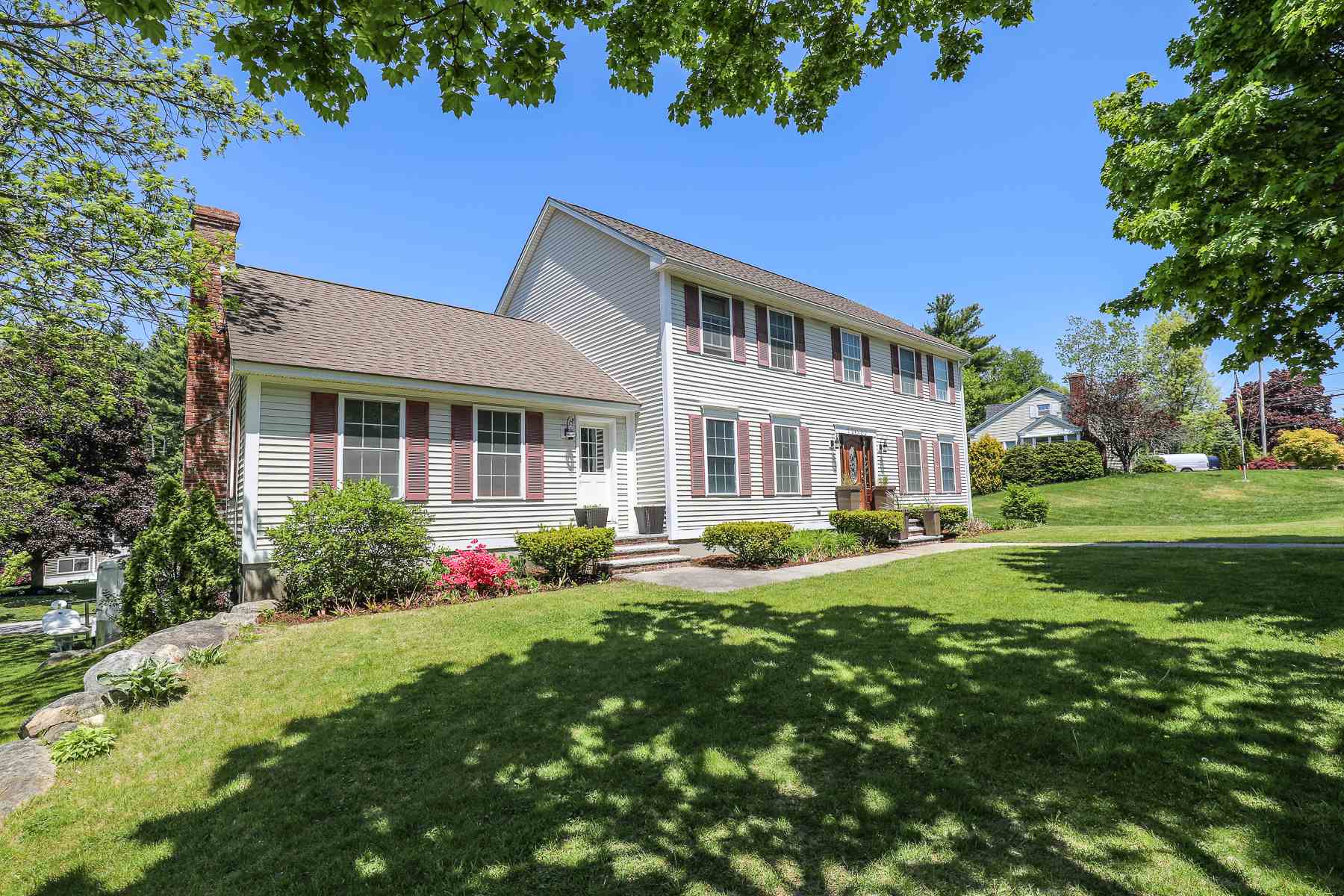 This gorgeous North Manchester Colonial is ready for you to move in & make your own! With six bedrooms & 4 bathrooms, there is plenty of room for family & guests! Beautiful kitchen with large island & lots of cabinet & counter space. Open & spacious for entertaing both inside and out! Oversized familly/great room for game night, movie night, watching the big game....and so much more! Sliding doors off the kitchen that lead to a deck area overlooking the amazing backyard with in-ground pool. Plus a 2 bedroom/1 bath lower level suite with kitchenette perfect for in laws or extended family. Don't miss your opportunity to own this fantastic property! 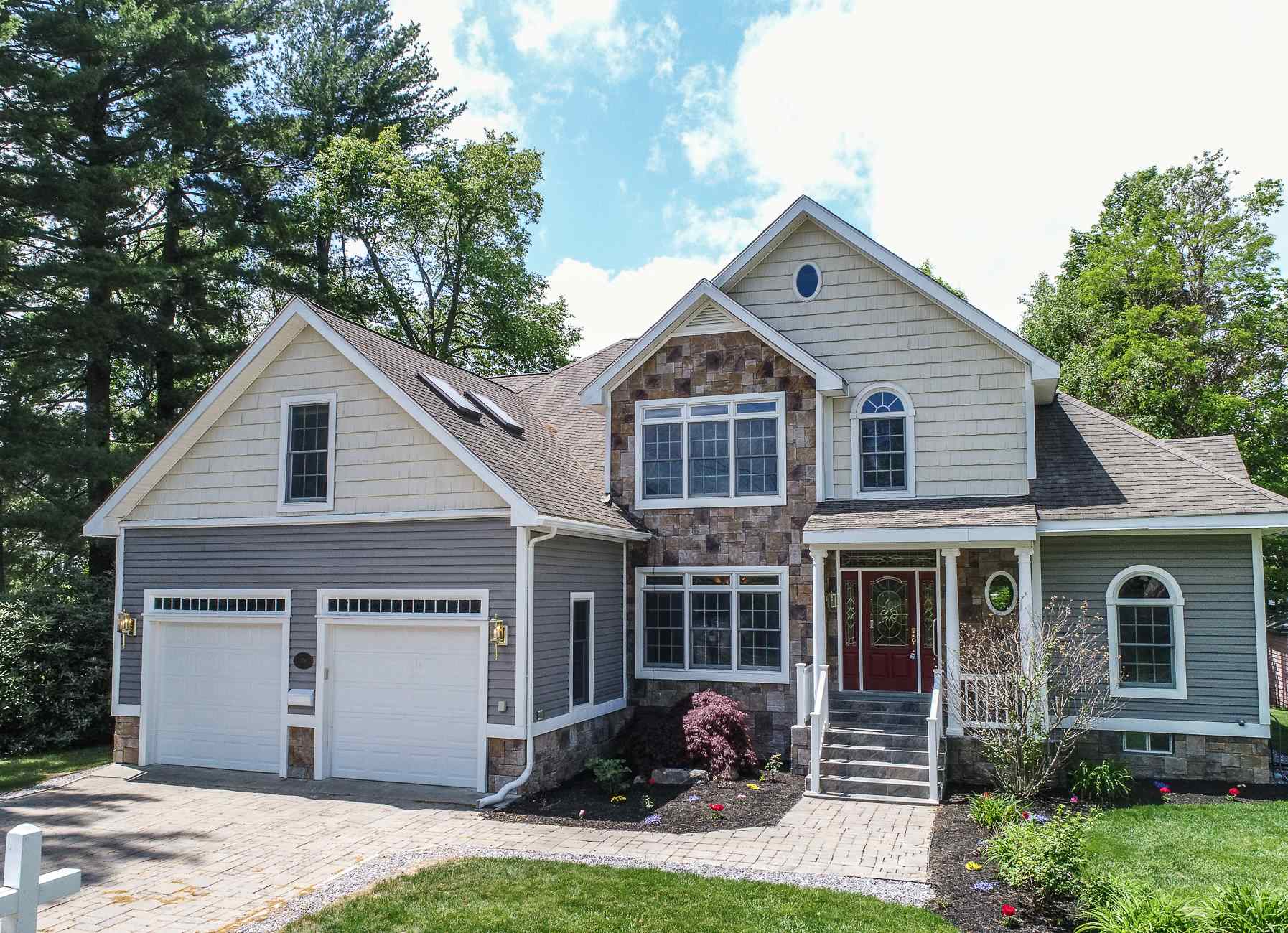 Sometimes a home comes on the market that offers the best of location, condition and price....and THIS IS IT! This stunning 2004 custom built contemporary colonial is situated on a beautiful tree lined street in the heart of the north end. The meticulous professionally landscaped yard and paver driveway greet you upon arrival. The two-storied foyer is light filled and leads you to the vaulted great room with its floor to ceiling stone gas fireplace. A kitchen that will impress any gourmet chef is open to the family room and boasts granite counters, center island and eat in area. A separate formal dining room is right off the kitchen for easy entertaining. A spacious master suite with double tray ceilings, large walk in closet and en-suite bathroom featuring whirlpool tub, separate shower and dual sink vanity is also on the first floor. And if that is not enough, there is a separate office, huge sunroom and an endless pool in which to relax or play! Upstairs 3 other spacious bedrooms with jack and jill bathroom and a large unfinished attic space awesome for storage. If you want the charm of the north end with the lower maintenance of a newer home, THIS IS THE ONE YOU'VE BEEN WAITING FOR!

This lot is ready to build on! Priced here is the Hampshire style two bedroom two bath ranch home or select another one of the ranch style houses or a two story with the master on the first floor. You can really make this house a home with your tasteful selections from floor to ceiling. Standard features are gorgeous and upgrades are always available. *$15,000 lot premium is included in this price* **Base price for the Hampshire is $549,900**

Beautiful WATERFRONT home! Enjoy nature's wildlife, swim, fish, boat and jet ski in your own backyard. This unique property offers not only the convenience of being walking distance to shopping and easy access to major highways but, it also offers significant income from the rental unit. First-time home buyer? Empty nester? - this is a rare opportunity to have many of your household expenses covered. Need to care for extended family or have family/friends that like to visit? - use the 2nd unit as a tranquil waterfront in-law or guest quarters. The main house currently consists of 2 bedrooms (soil conditions support 1 additional bedroom, see the Seller's floor plan), 2 bathrooms with a 3rd bathroom roughed in, and an oversized two-car garage. The second unit is a quaint 1 bedroom 1 bath. Both units have been recently renovated and the home is located on a quiet cul-de-sac, location, location, LOCATION! Vacation living with all the perks of city life! This is truly a “must see” opportunity! ***5/30/2020, 9:50 PM: Per the Seller, please submit all offers by 5 PM on Sunday, 5/31/2020.***

RARE OPPORTUNITY TO OWN THIS TRUE NORTH END VICTORIAN In Manchester's MOST COVETED LOCATION! This 1901 Vintage Beauty Has Been In The Family And Passed Down For 3 Generations! Upon Arriving At 1019 Union You Will Be Greeted By The Welcoming Farmers Front Porch. Entering The Home You Will Fall In Love With The Sun-Filled Large Rooms, Restored Original Hardwood Flooring Throughout, Timeless Details and Craftsmanship. First Floor consists of A Formal Living Room With A Fireplace, A Second Living Room, A Dining Room Which Leads You Into A Newly Remodeled Kitchen Featuring Exposed Brick.. Just Off The Kitchen Is A Newly Added Addition With Exposed Beams And A Brand New Gas Stove For A Cozy Feel. Make Your Way Upstairs To 4 Large Bedrooms and 2 More Bathrooms. Master Bedroom Ensuite. Third Floor Attic Has Been Finished For Additional Square Footage And Is A Great Game Room With A Bonus Room Attached. Oversized Lot In Manchester Is Hard To Come By And This Home Has Over A Half Acre Of Land Featuring a 2 Stall Barn/Garage! Bring Your Ideas And Inspiration And Make This Classic Lady Yours To Keep! Delayed Showings Till Tuesday May 12th, 2020.

The Madison - a new floor plan to be built! This fabulous ranch offers a split bedroom design. Master bedroom has privacy on one side of the house and the 2nd bedroom and den are on the opposite side. In between you'll have plenty of room to roam in the great room with gas fireplace, dining room, kitchen and breakfast area leading to the backyard deck. The 2 car garage enters into the mudroom for easy grocery unloading. To include upgraded white kitchen cabinets, stainless appliances, wood, tile and carpet flooring and central A/C. Small yearly fee of $900 for association. Seller is a licensed agent. Be the first to own The Madison at Manning Hill!

Copyright 2020 New England Real Estate Network, Inc. All rights reserved. This information is deemed reliable, but not guaranteed. The data relating to real estate for sale on this web site comes in part from the IDX Program of NEREN. The information being provided is for consumers' personal, non-commercial use and may not be used for any purpose other than to identify prospective properties consumers may be interested in purchasing. Data last updated May 31, 2020.