Save Your SearchRefine Search 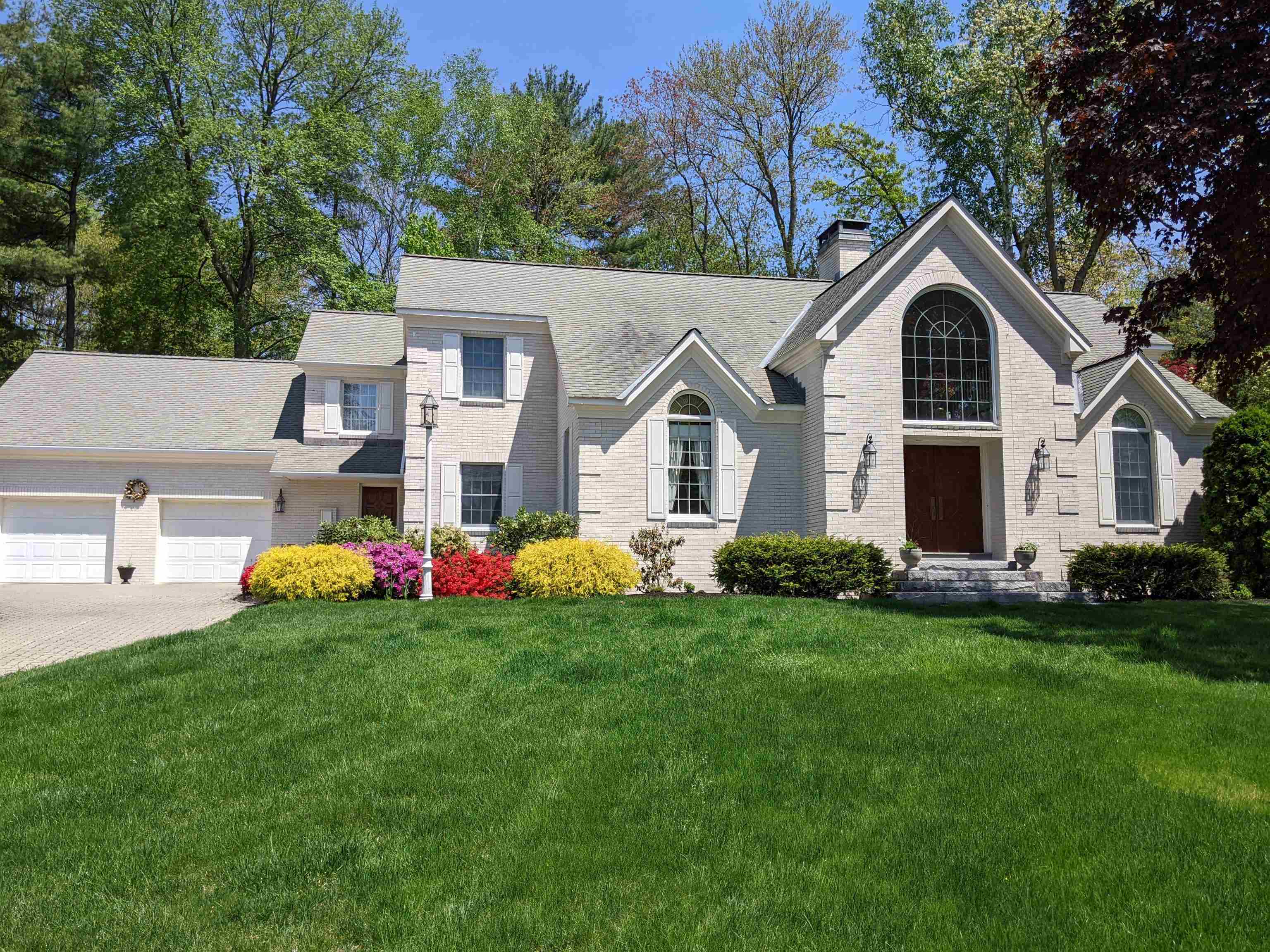 STATELY SHOWSTOPPER IN THE NORTH END...THIS IS THE ONE YOU'VE BEEN WAITING FOR! This one-of-a-kind white washed brick colonial sits on an exquisitely landscaped corner lot in one of Manchester's most coveted neighborhoods close to it all. A paver driveway leads past park-like grounds to granite steps where grand double doors welcome you to a home filled with magnificent millwork and amenities. A sweeping staircase sets the tone in the foyer and through a graceful arch you'll discover a breathtaking living room filled with light from oversized demilune windows that bring the outside in. Guests will marvel at soaring spaces and warm themselves by the fire and conversation will naturally flow to the adjacent custom kitchen where creamy cabinetry, gleaming countertops and a suite of stainless appliances will please the chef. Naturally you'll find elevated counter seating perfect for hors d'oeuvres or enjoy the built-in banquette for a game of cards or memorable meal. You'll love the utility wing including a fab mudroom with built-in bench storage, laundry and back staircase. Grab a favorite book from the bookshelves lining the wall of the handsome home office and retreat to the bright and inviting sunroom for quiet time. The guest bedroom is thoughtfully located on the first floor and upstairs the primary suite with dual walk-in closets and spa bath will delight. This is no cookie cutter home! METICULOUSLY MAINTAINED AND THOUGHTFULLY ENHANCED...THIS IS A LIFESTYLE BY DESIGN! 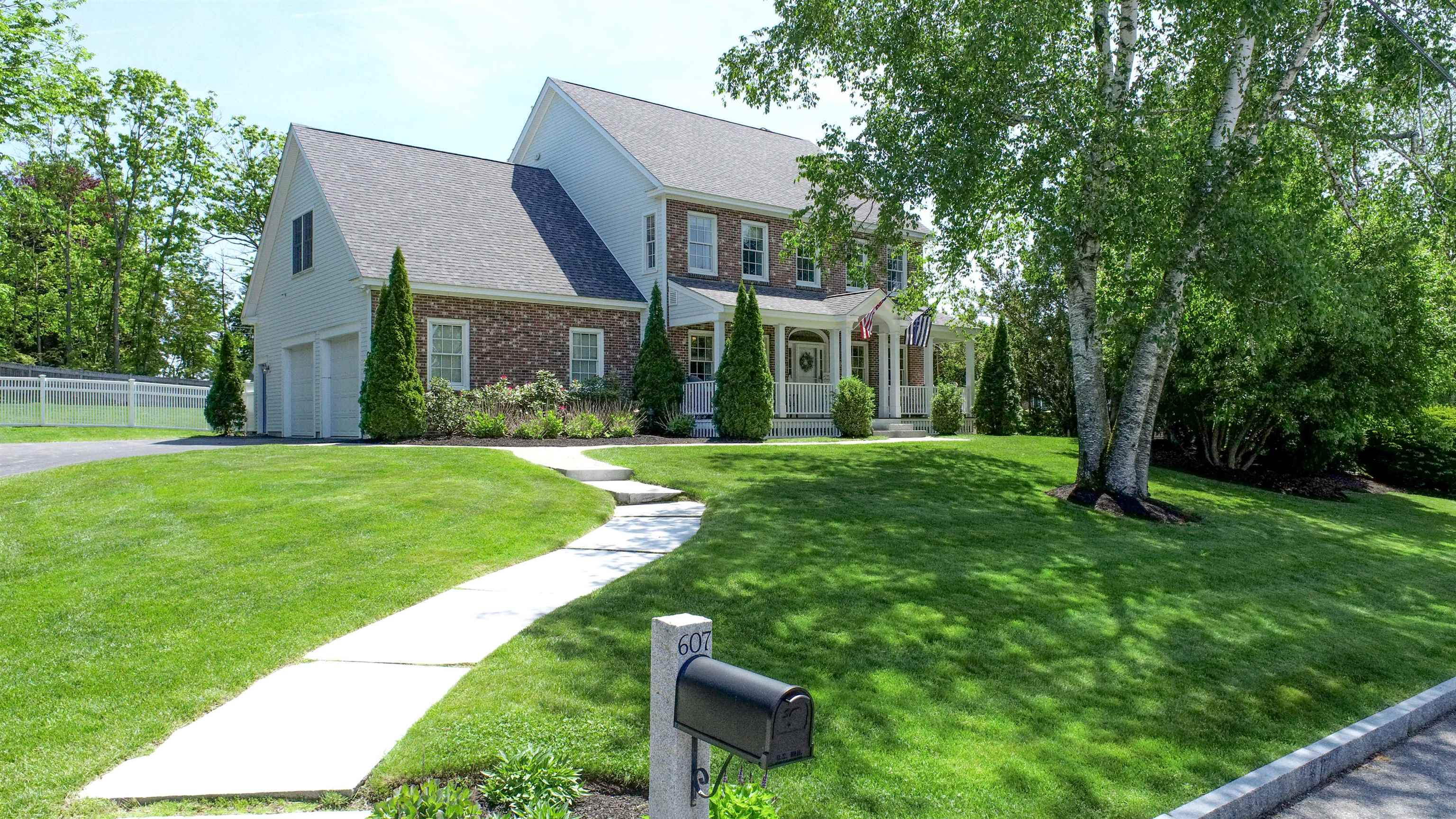 Welcome to this exquisite custom built brick front colonial, nestled on a dead end street in the desirable North End of Manchester. Stunning farmers porch the length of the home. Inside you will be greeted with nine foot ceilings, a double story foyer with dining room on one side and office with French doors on the other. The open concept of the main living space is perfect for entertaining and family gatherings. Living room offers a wood burning fire place and French door to the covered screened porch over looking the large private backyard which is beautifully landscaped with a stone patio and plush green lawn. A butlers pantry connects the dining room to the kitchen area which includes a breakfast nook for cozy family meals. There is also a laundry room with built in cabinets and counter space for all of your laundry needs. Second floor boasts a beautiful master suite with tray ceiling and recessed lighting, double closets and generous size master bath that features a tiled shower and large soaking tub. Two other generous size bedrooms and another spacious bedroom over garage with double closets that the sellers are currently using as a family room. Need additional space? The walk up attic also offers a spacious bedroom/bonus room with a large walk in closet. The basement has access from both the main home as well as a bonus walk up into the oversize two car garage. This home is equipped with a whole house generator and lawn irrigation. Book your appointment today!

Handsome turn-of-the-century Victorian in Manchester's coveted North End neighborhood. This sophisticated home has been renovated throughout the years all the while preserving its historic charm and character. Come witness the grand two-story foyer and double entryway! The luxurious kitchen with Subzero & Wolf appliances extends to the living room and family room, perfect for entertaining. This gorgeous home has five fireplaces, wrap-around decks, tray and picture-framed ceilings, exquisite woodwork and built-ins. This home features five bedrooms, including a master suite with a newly remodeled bathroom with a custom tiled shower, rain shower head, and recessed lighting. A two-car detached carriage barn with 2 horse stalls and plenty of extra storage. If that wasn't enough, the neighboring lot is included, so you can construct another house for the in-laws, sell it to your closest friends, or keep it for yourself to enjoy football or soccer games, or add that pool you've always wanted! You will not be disappointed. Private showings for qualified buyers only.

Mid-Century Modern at its Best! Magnificent mid-century classic located in Manchester's beautiful North End! This spacious home boasts 4 bedrooms and 3 full baths. Open floor plan featuring an enormous fireplaced living room with vaulted beamed ceilings and a wall of glass opening up to expansive deck with views of the private, level, landscaped back yard. This home sits on nearly one acre of manicured lawn. Enjoy single level living with Kitchen, living room, Dining room, 4 bedrooms and 2 full baths on the 1st level. Also, hardwood flooring throughout the 1st floor. Very open and airy feel. Downstairs you'll find a fully finished walkout lower level with tiled floors and additional bath and plenty of space for entertaining! Lower level also features a wall of glass out to the beautiful patio. Perfect yard for recreation and outdoor entertaining. A truly unique property. Located on an out of the way dead end street affording plenty of peace and quiet. Conveniently located close to shopping, schools, highways, walking paths and all that downtown Manchester has to offer! Mid-century enthusiasts don't miss out on this rare opportunity. Group showings begin after May 1st.

Mid - August closing! This custom cape is a new floor plan only available on this lot. Fabulous three bedroom home features the owners suite on the first floor and two bedrooms and a loft on the 2nd floor. Upgraded kitchen with additional cabinets, granite counters, stainless appl, hardwood, tile and carpet flooring, gas fireplace, central A/C, irrigation system - the list continues! Need more space? The generously sized, walkout basement offers more square footage to finish at a later date with plenty of daylight. This gorgeous home is situated on a cul de sac with a tree lined backyard. This is a single family home. $900/year fee. Seller is a licensed real estate broker. 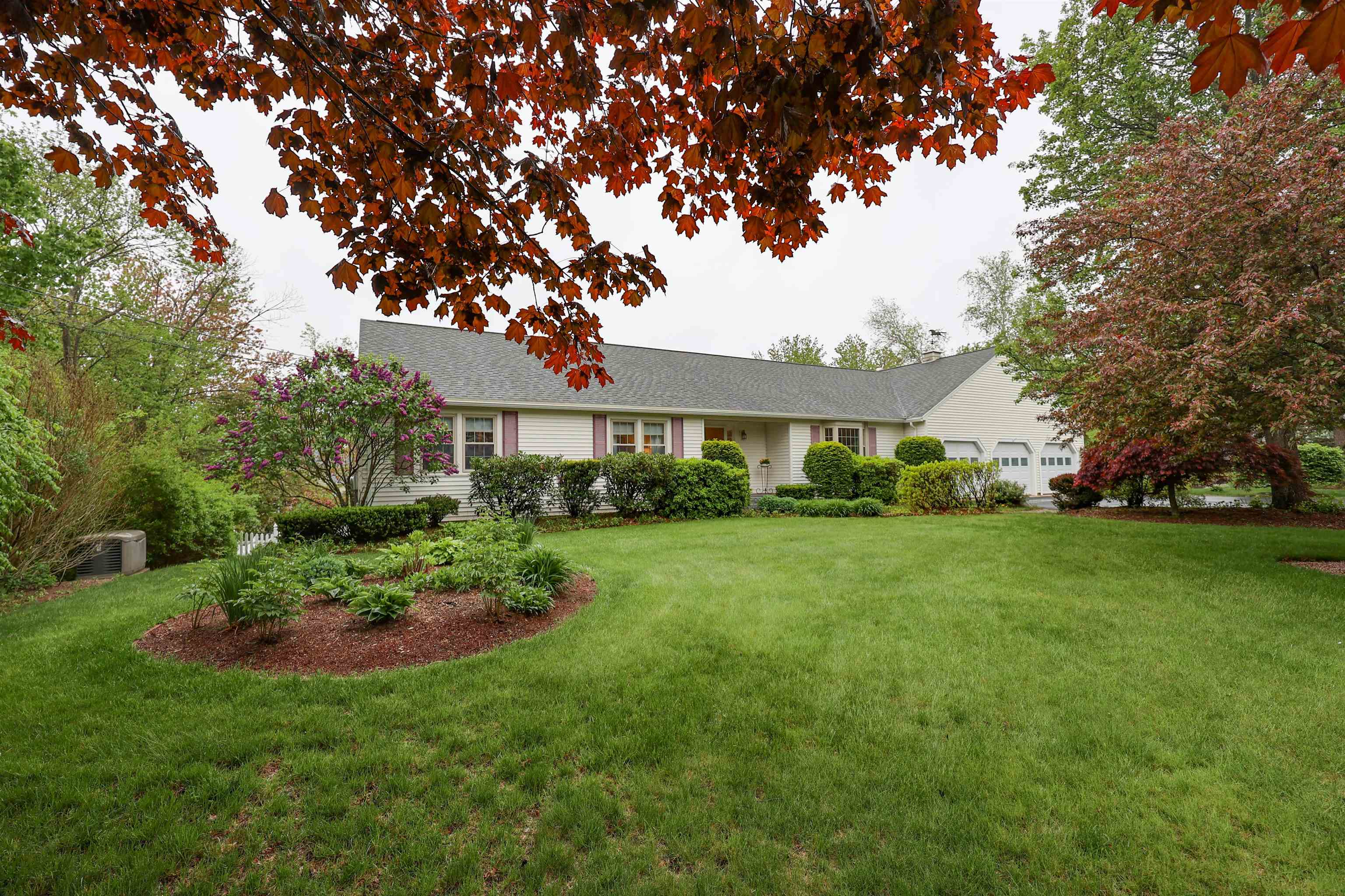 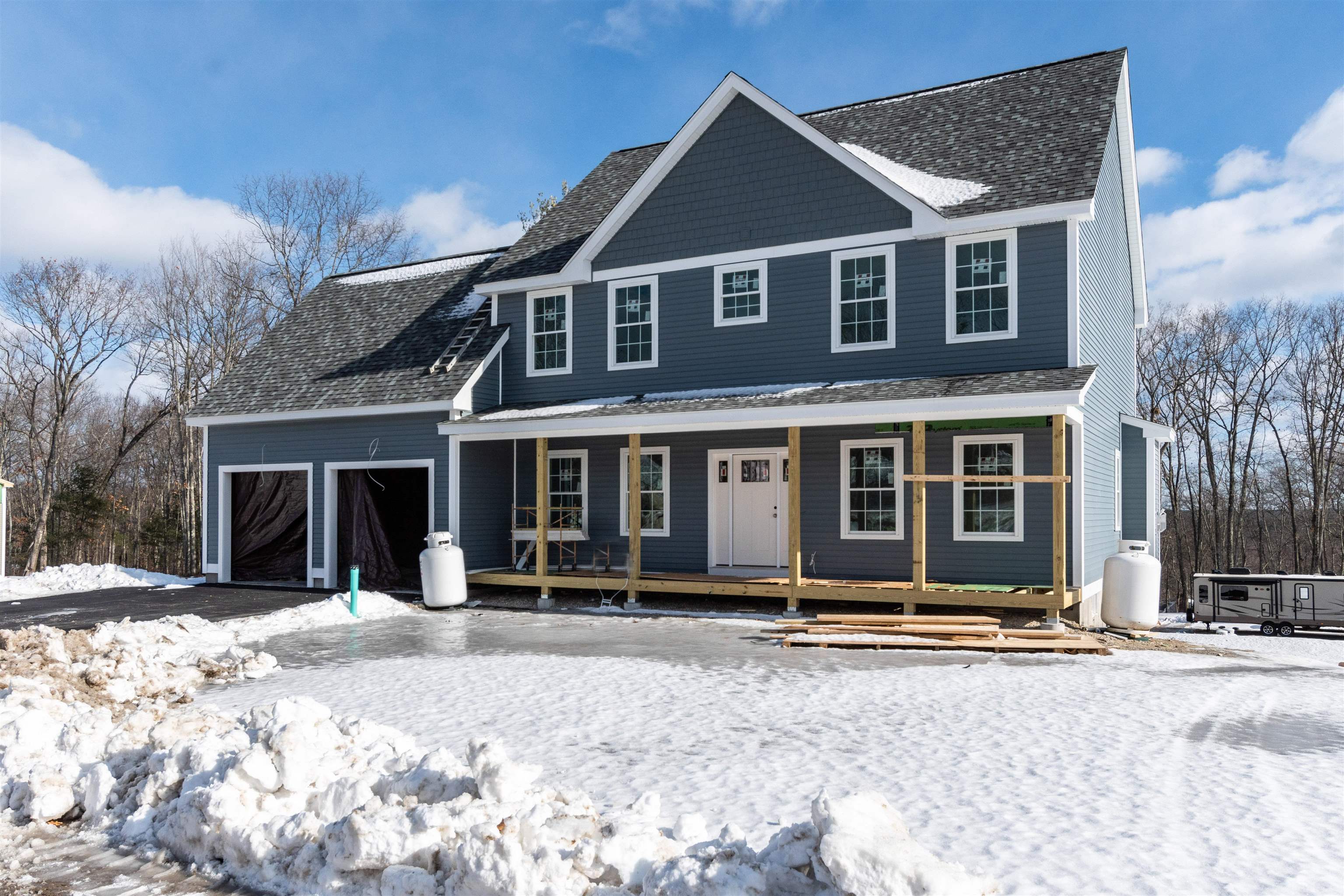 UNDER CONSTRUCTION! Welcome to Therrien Lane, Beote Construction's newest 11 Lot Subdivision in desirable North Manchester. This beautifully appointed 2840 square foot colonial has an open floor plan, a first floor home office, walkout basement, and 4 generous size bedrooms on the second level including a fabulous master suite. Quality features include choice of cabinetry, granite and quartz counters, hardwood and tile floors, custom trim, solid core doors, 9 foot ceilings on the first floor, central AC and natural gas heat. Conveniently located off I-93 or Route 101, this home is close to all your conveniences yet situated in a private neighborhood setting. Beote Construction is known for their attention to detail and luxurious finishes. Interior Pictures and video are facsimiles of this model built in another development by Beote Construction. 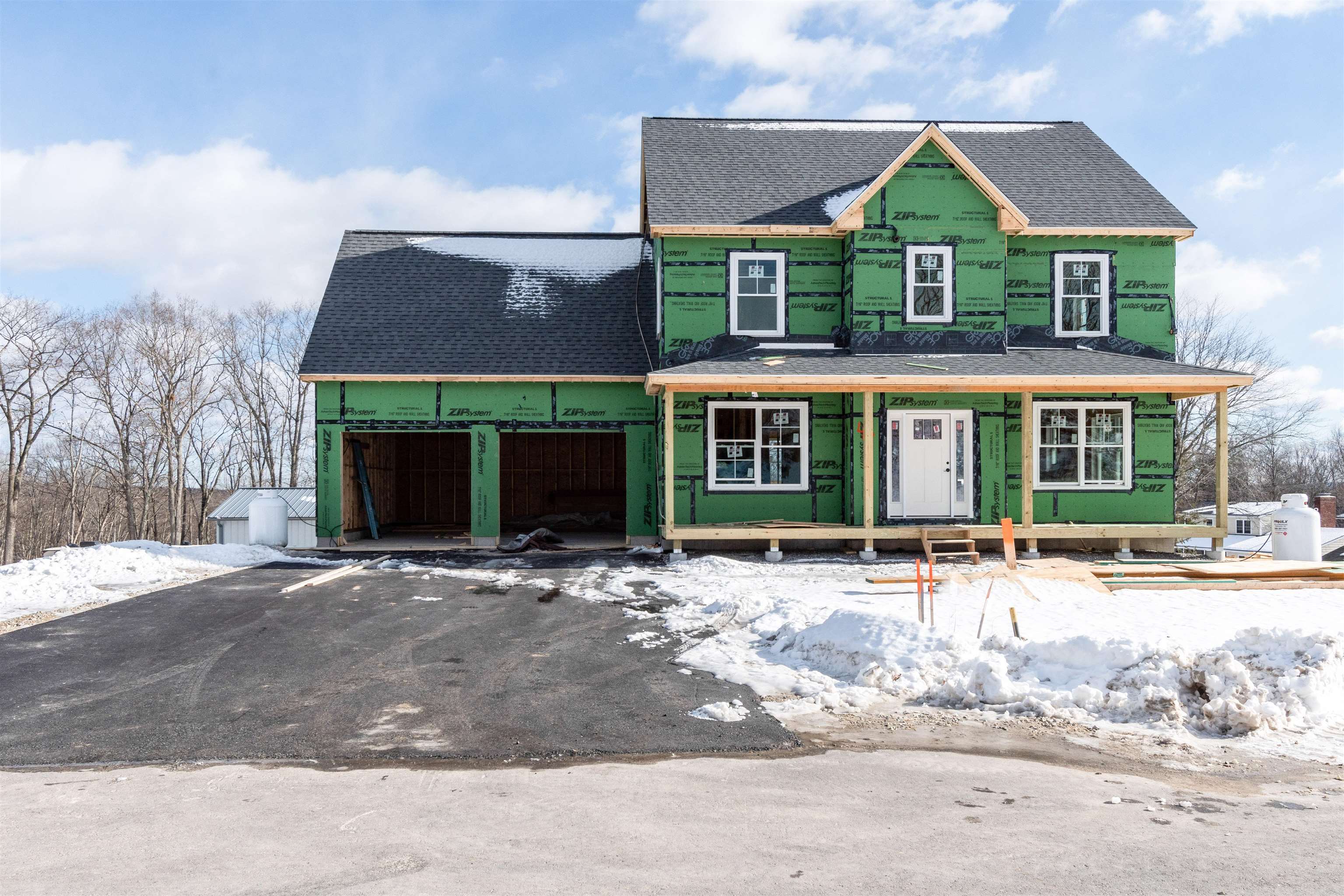 UNDER CONSTRUCTION! Welcome to Therrien Lane, Beote Construction's newest 11 Lot Subdivision in desirable North Manchester. This beautifully appointed 2815 square foot colonial has an open floor plan, a first floor home office, walkout basement, and 4 generous size bedrooms on the second level including a fabulous master suite. Quality features include choice of cabinetry, granite and quartz counters, hardwood and tile floors, custom trim, solid core doors, 9 foot ceilings on the first floor, central AC and natural gas heat. Conveniently located off I-93 or Route 101, this home is close to all your conveniences yet situated in a private neighborhood setting. Beote Construction is known for their attention to detail and luxurious finishes. Still time to make some selections! Interior Pictures and video are facsimiles of another model. 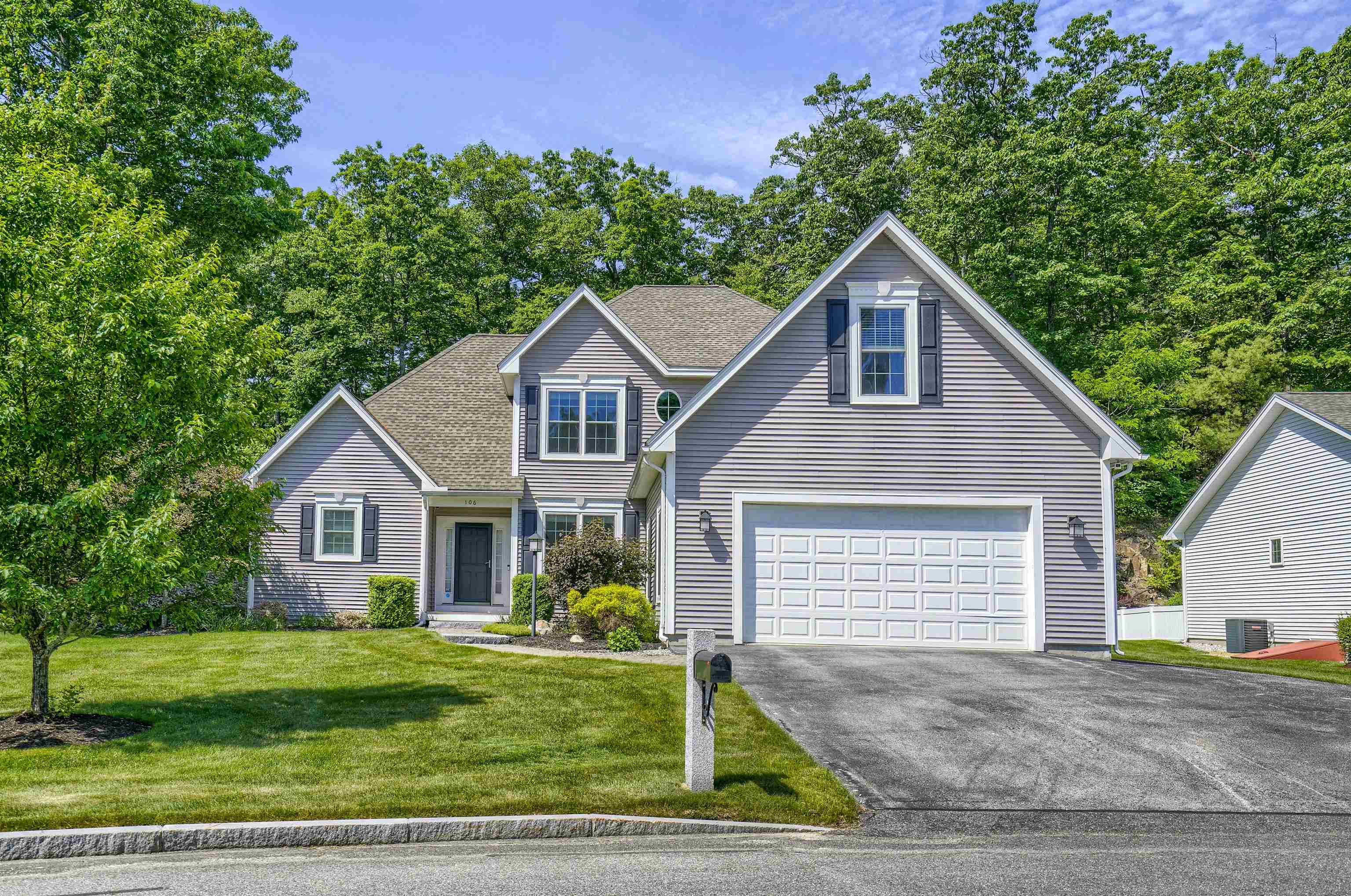 Welcome to this 3066 SF home with a first floor primary suite. The open concept layout of this home makes it ideal for entertaining. The kitchen has beautiful custom cabinetry, granite counter, a tile backsplash, stainless steel appliances, and a walk-in pantry. The kitchen is open to the living room and dining room. There is a beautiful gas fireplace in the living room. The primary suite is on the first floor - large bedroom with a tray ceiling, walk-in closet with a built-in closet system and en-suite bathroom with double vanities, a soaking tub, and a tile shower. First floor home office and powder room. First floor laundry. Upstairs you will find two bedrooms plus a large bonus room and another full bathroom. The giant basement is great for storage or could be finished for more living space. The back patio and yard are surprisingly private and peaceful. Central AC. 2 car attached garage. Irrigation. Public Water & Sewer and Natural gas fuel. Close to hiking trails and shopping. Just move in and enjoy life.

Copyright 2022 New England Real Estate Network, Inc. All rights reserved. This information is deemed reliable, but not guaranteed. The data relating to real estate for sale on this web site comes in part from the IDX Program of NEREN. The information being provided is for consumers' personal, non-commercial use and may not be used for any purpose other than to identify prospective properties consumers may be interested in purchasing. Data last updated June 25, 2022.