Nashua, "The Gate City", is the second largest city in New Hampshire. It has been named 'Money' magazine's "Best Place to Live in America" - the only city in the country ever to win this honor twice! In 2007, the Morgan Quitno Press ranked Nashua as the 27th safest city in the country. It's location on the New Hampshire - Massachusetts border also makes it an excellent commuter home base.

Nashua's bustling downtown, lined with historic buildings and modern shops, exudes New England Main Street charm. New riverfront condominiums and the revitilization of Nashua's urban neighborhoods has made it an ideal setting to work and live. Many people who work in Nashua enjoy quick commutes to one of Nashua's suburbs: Hudson, Hollis/Brooklne, Milford, Amherst, Merrimack, and Litchfield. 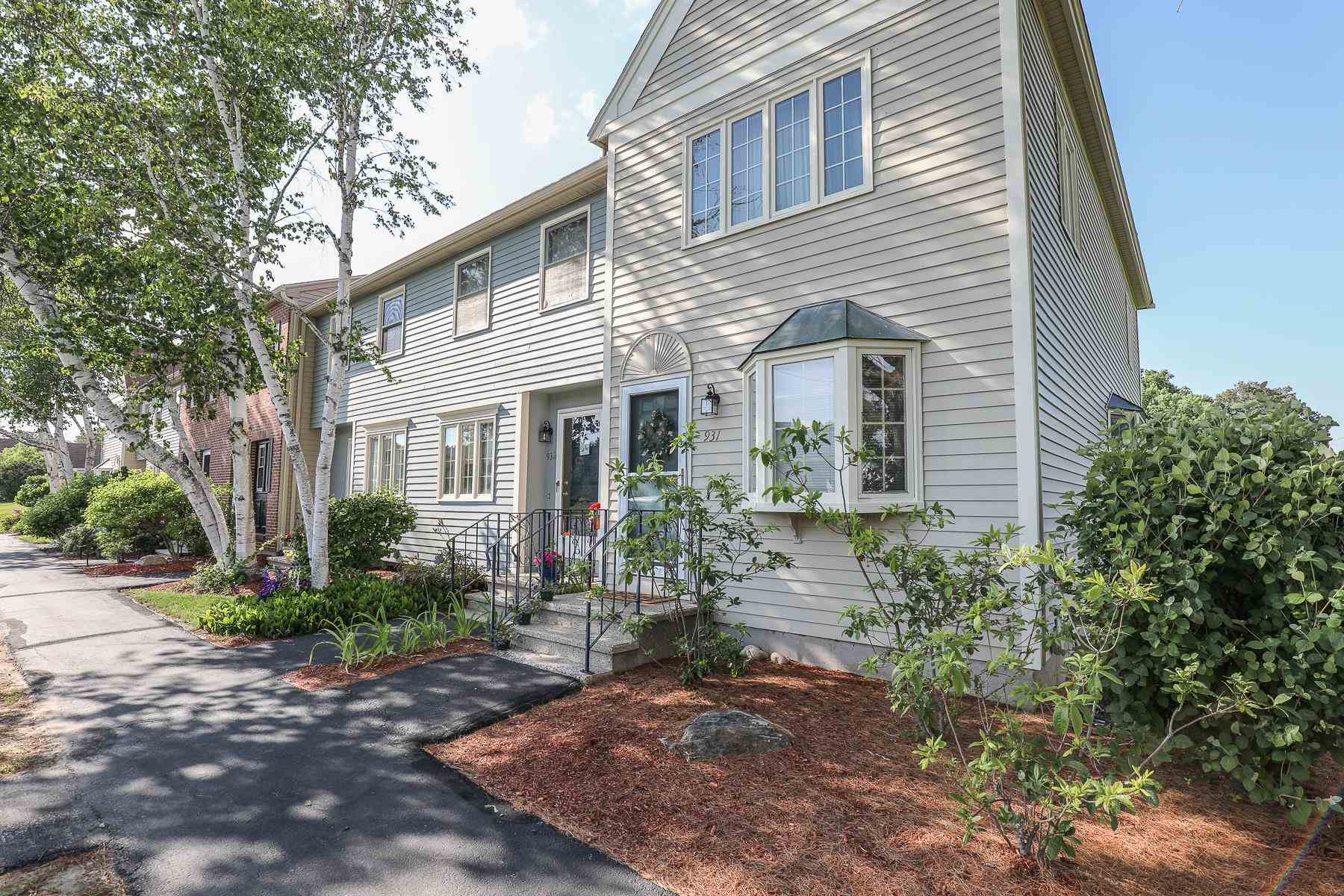 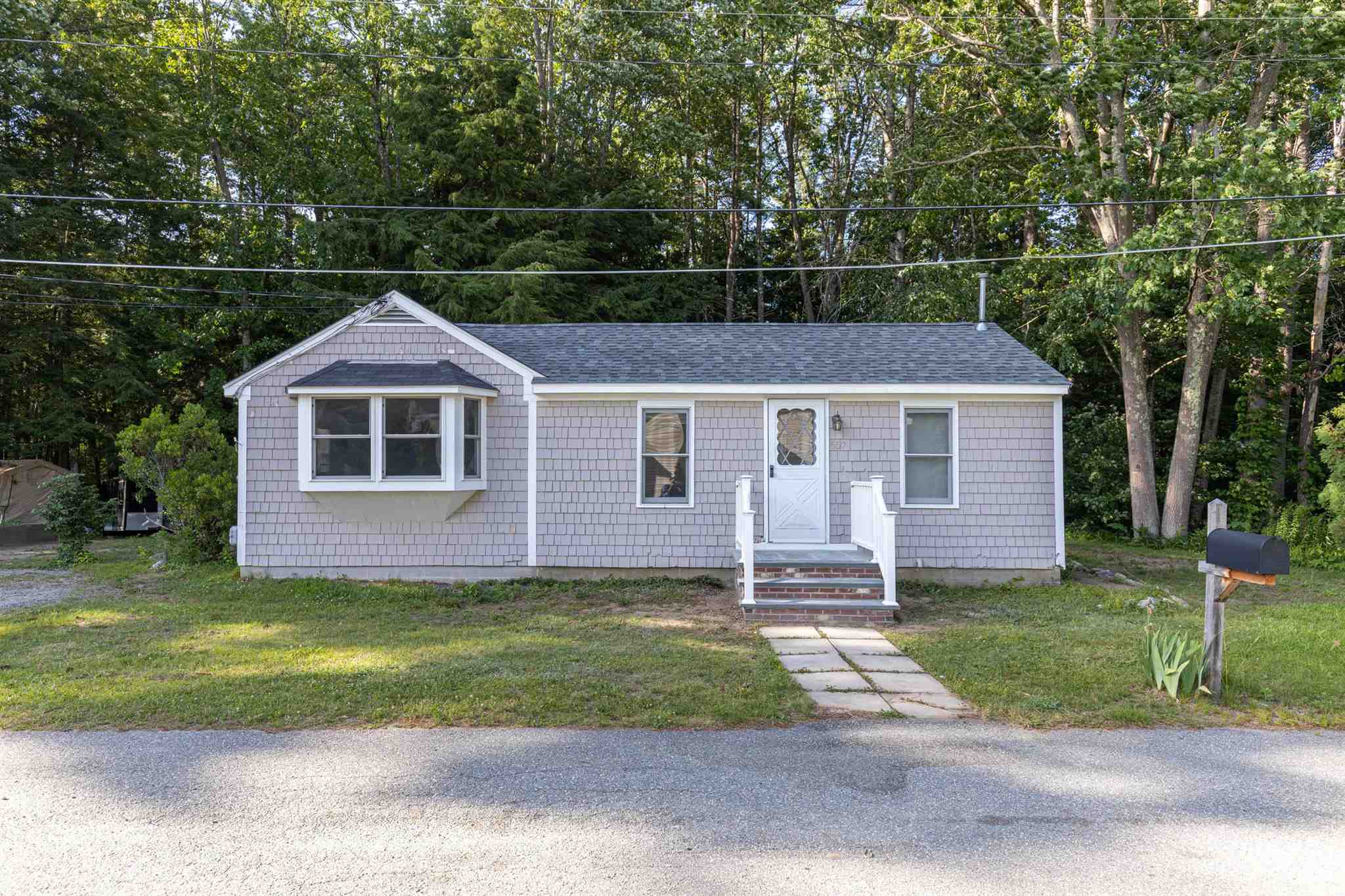 Prepare to be impressed when you enter this well maintained and presenting ranch style home situated on one full acre of outdoor living space. Constructed on a single floor, this home enjoys abundant natural light and a layout designed for easy living and entertainment. The house consists of a welcoming kitchen and eat-in area, a generously portioned living room, bathroom, two bedrooms, and a mudroom. Other highlights of the property include: newly installed roof; an irrigation system; high-efficiency Mitsubishi mini-split heating and cooling system; hardwood and tile floors; and quality fittings & fixtures. With schools, shops, dining & leisure facilities within easy reach, this is the ideal place to call home. Be prepared for this to be “love at first sight.” Join us for the open house Saturday June 26 from 12p-2p and Sunday June 27 from 10a-12p.

Wonderful home in a quaint neighborhood! Nothing to do but move in, lots of recent updates making this home seamless to move in! Large back yard with covered shed for extra storage! Home has everything to offer, including new plumbing, updated electrical, newer appliances! Take advantage of being close to the highway without hearing it, near lots of restaurants, shopping, and all other amenities Nashua NH has to offer! Don't let the opportunity to own your own home pass, come check it out and see for yourself! Offers due Monday at 4 pm. 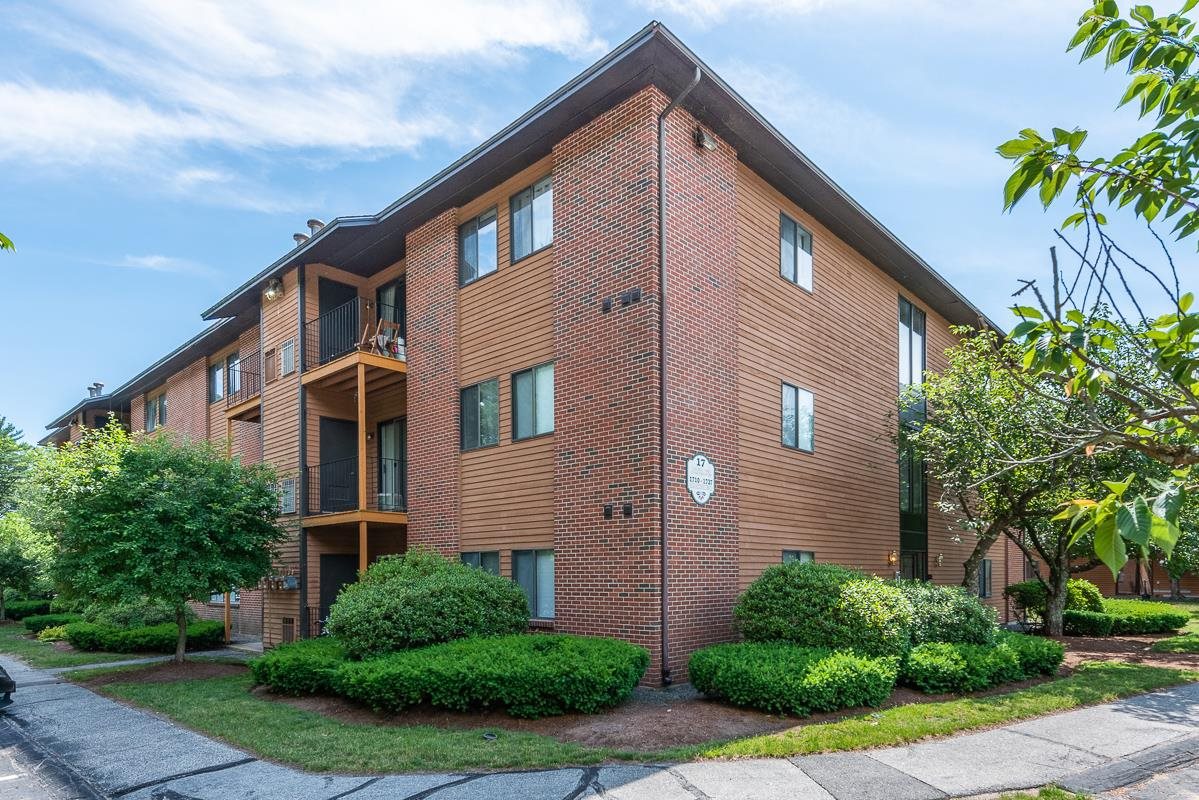 Looking for a condo in a commuter location (Rt 101A & Rt 3) with access to restaurants, shopping, baseball fields and more - stop and take a look at this pristine 900+ sq ft garden style condo positioned in Laurel Oaks. A white cabinet galley style Kitchen with contrasting black countertops greets you upon entering and opens to the spacious Living Room with a glass slider leading to your own private balcony. Down the hallway find 2 Bedrooms and a Full Bath w/ Laundry Hookups and a walk-in shower. Cool off in the warmer months with central a/c! Condo Amenities Include: Building Maintenance, Master Insurance, Storage- Indoor, Landscaping, Basketball Court, Pool -In-Ground, Snow Removal, Trash Removal. This condo offers the opportunity to purchase and live in it yourself, or purchase and rent it out for additional income like the previous owners have been doing for years! 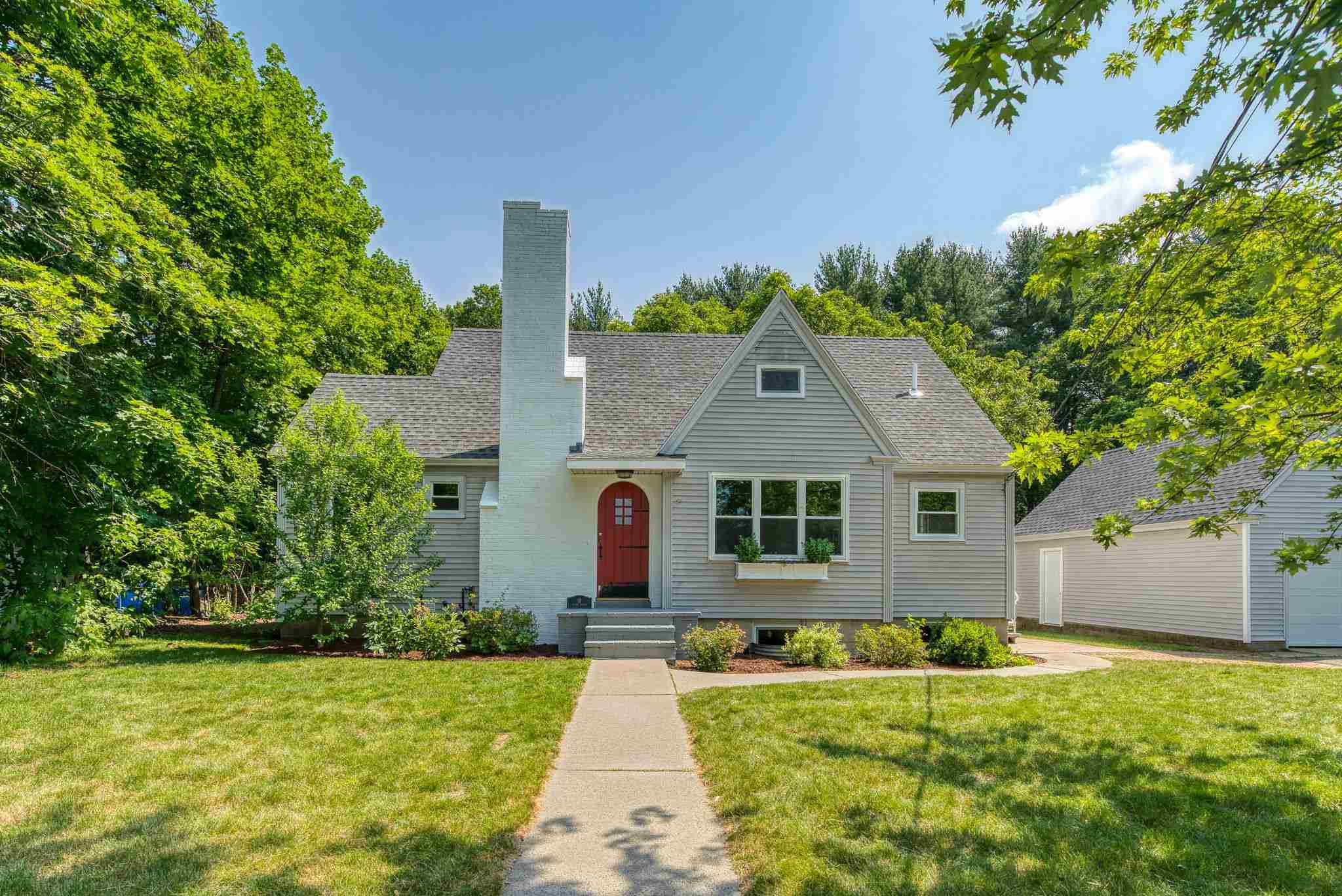 Completely updated cape style home in desirable Hudson location. All of the work has been done here and there is nothing left to do but move in and enjoy. You enter the home to a mudroom with beautiful shiplap walls. The mudroom opens into a great kitchen featuring stainless steel appliances, granite countertops, new cabinets and an island with barstool seating. A formal dining room connects to a big living room space with wood burning fire place and built ins. A first floor master bedroom with closet system is right next to the full bathroom on the first floor. Upstairs has two bedrooms with brand new carpet as well as an updated half bathroom and laundry room. A large unfinished basement offers a great opportunity to add extra living space. The home features a new forced hot air system that would be easy to add air conditioning to. Other updates include brand new architectural shingle roof, all new windows, new garage door, and updated plumbing and electrical. The detached one car garage has new siding and a new garage door. 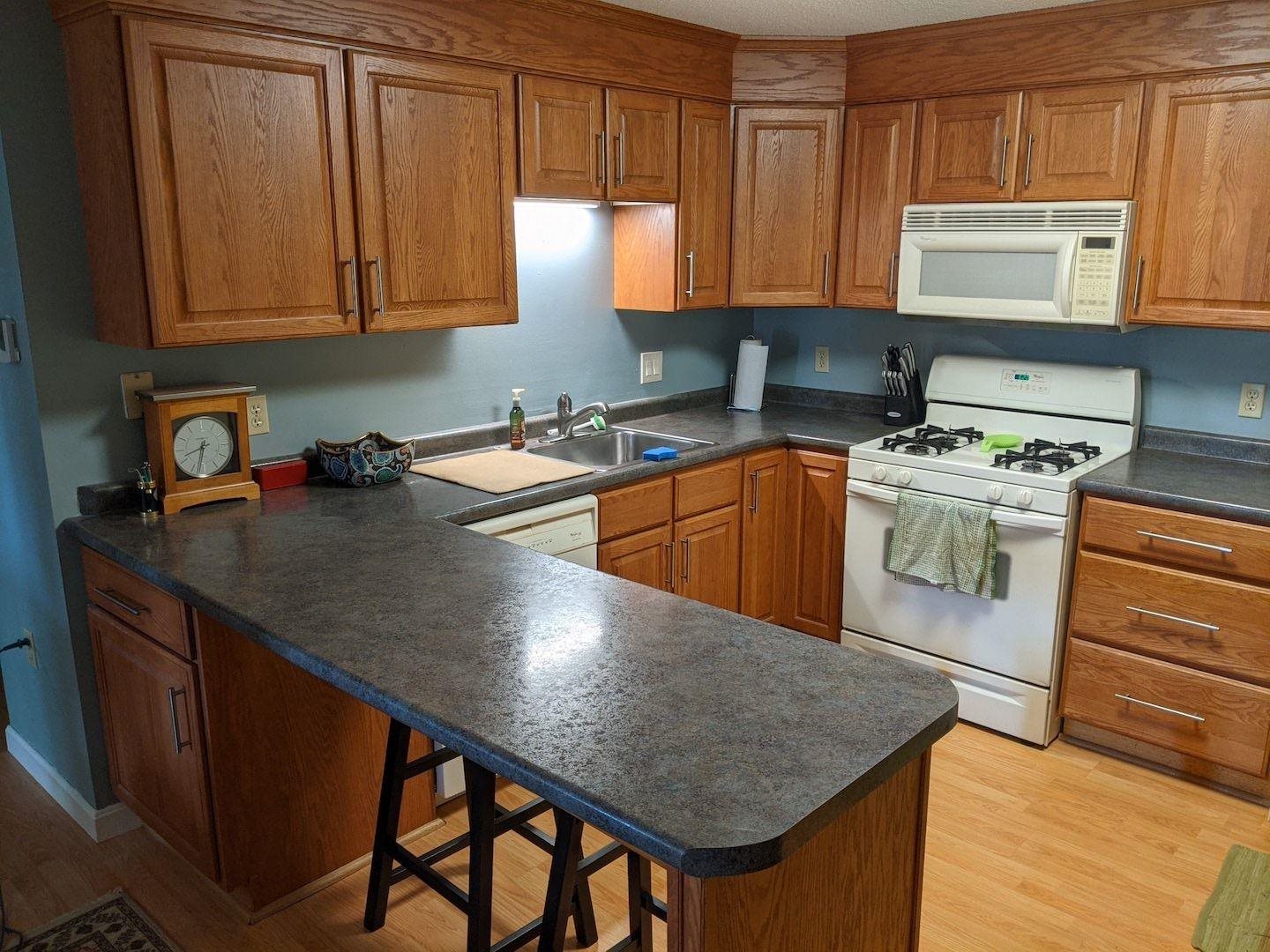 Listed by Dave White of OwnerEntry.com 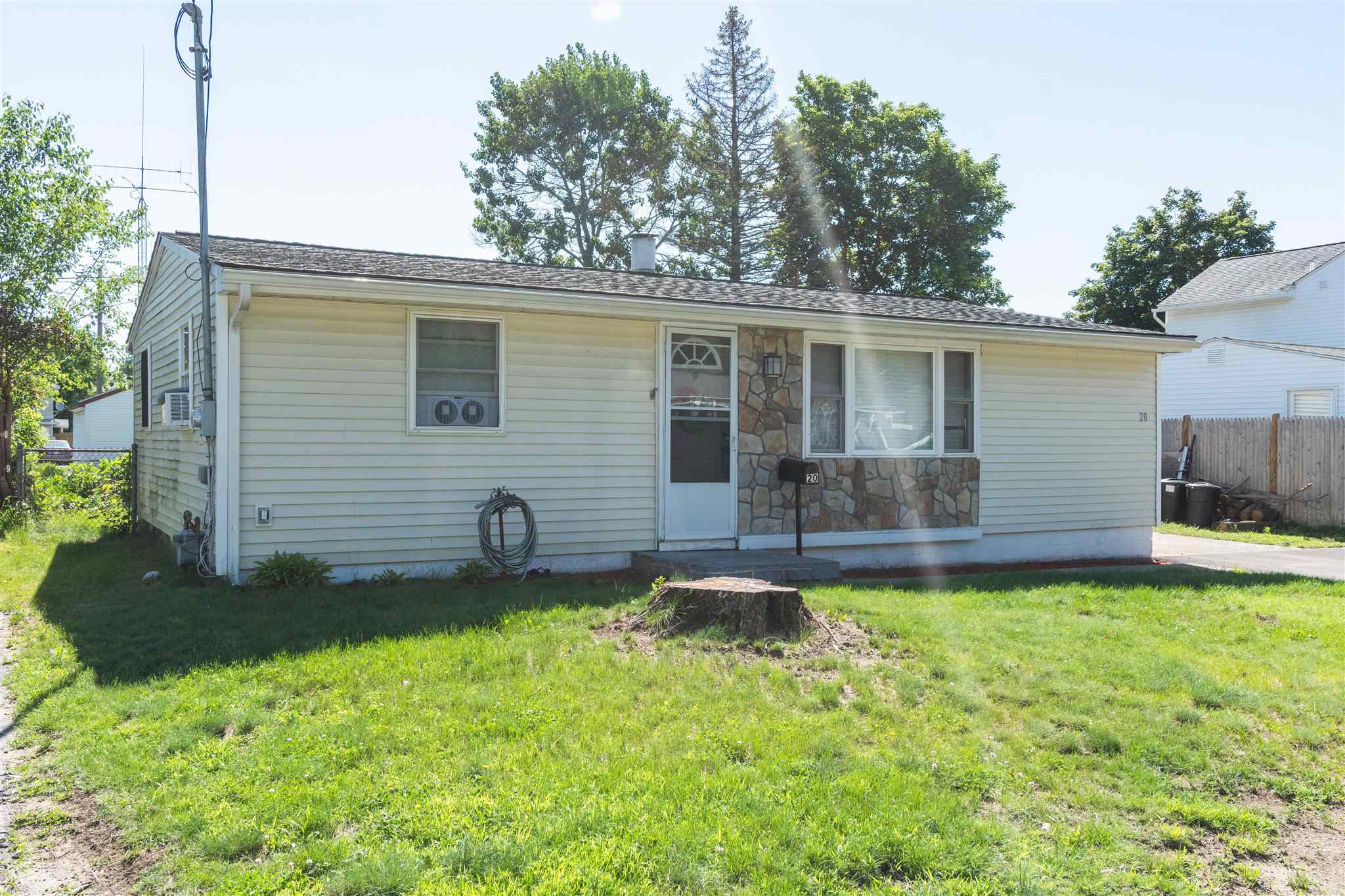 Enjoy single level living in this 3-bedroom, 1 bathroom Ranch. It is perfect for downsizers and first time buyers in a great commuter location. Inside is a spacious and bright living room with a large eat-in kitchen. The partially fenced in backyard is ideal for entertaining friends and family at summer cookouts. The driveway was just paved in 2020. Come checkout this well-maintained home and make it yours today. 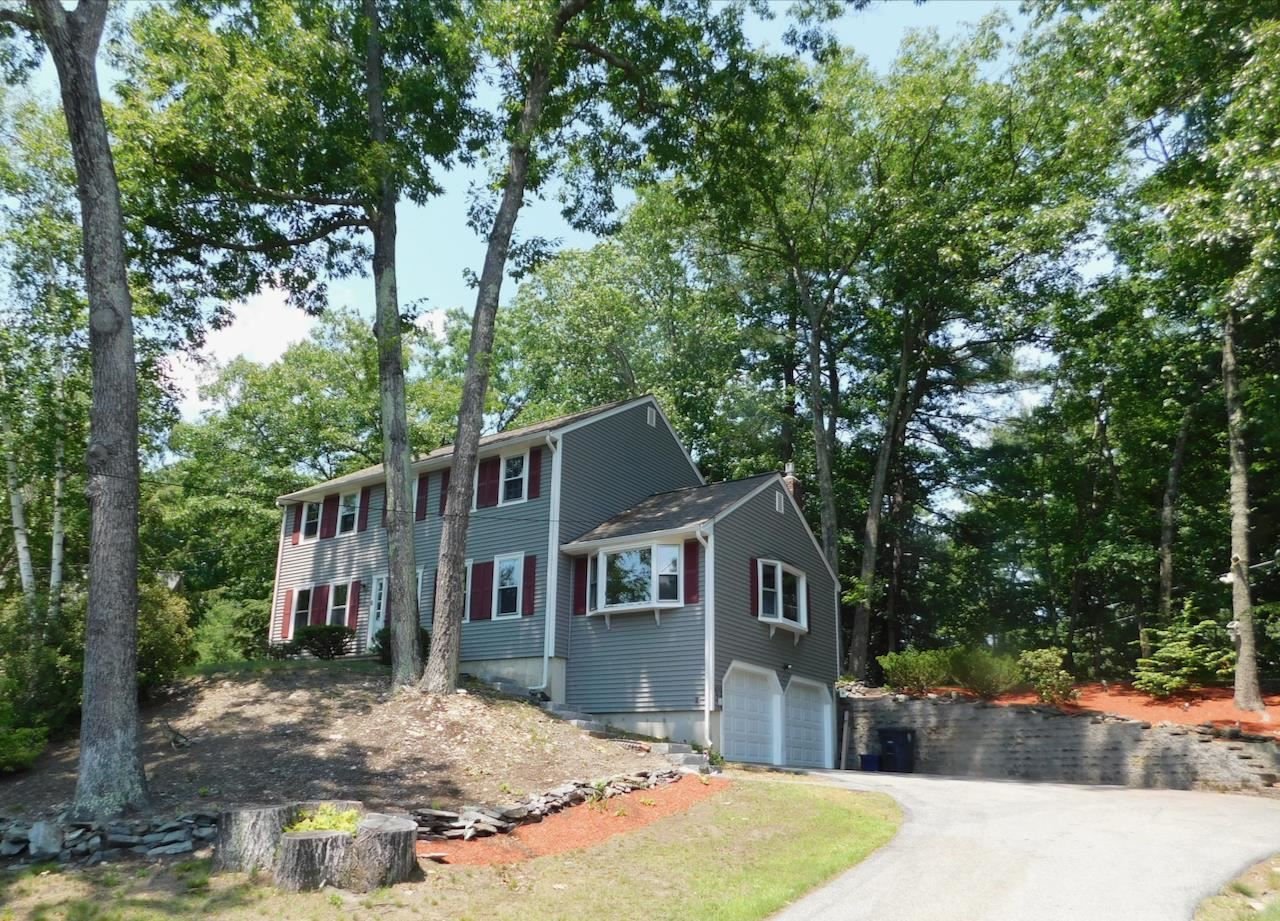 Great opportunity to live in Chapel Hill. Charming neighborhood of only 11 homes and protected by Chapel Hill Common land at the back. Birch Hill school district and minutes to rte 3. Spacious kitchen and dining area. Front to back living room with large bay window. Family room with fireplace and 2 large bay windows for an abundance of natural lighting. Lower level with finished space is perfect for the workout room. This home is in move in condition and with a bit of TLC, the value will certainly escalate. Showings begin on Thursday, 6, 6/24 at 2pm. Open House Saturday 1:00 - 3:00 PM. 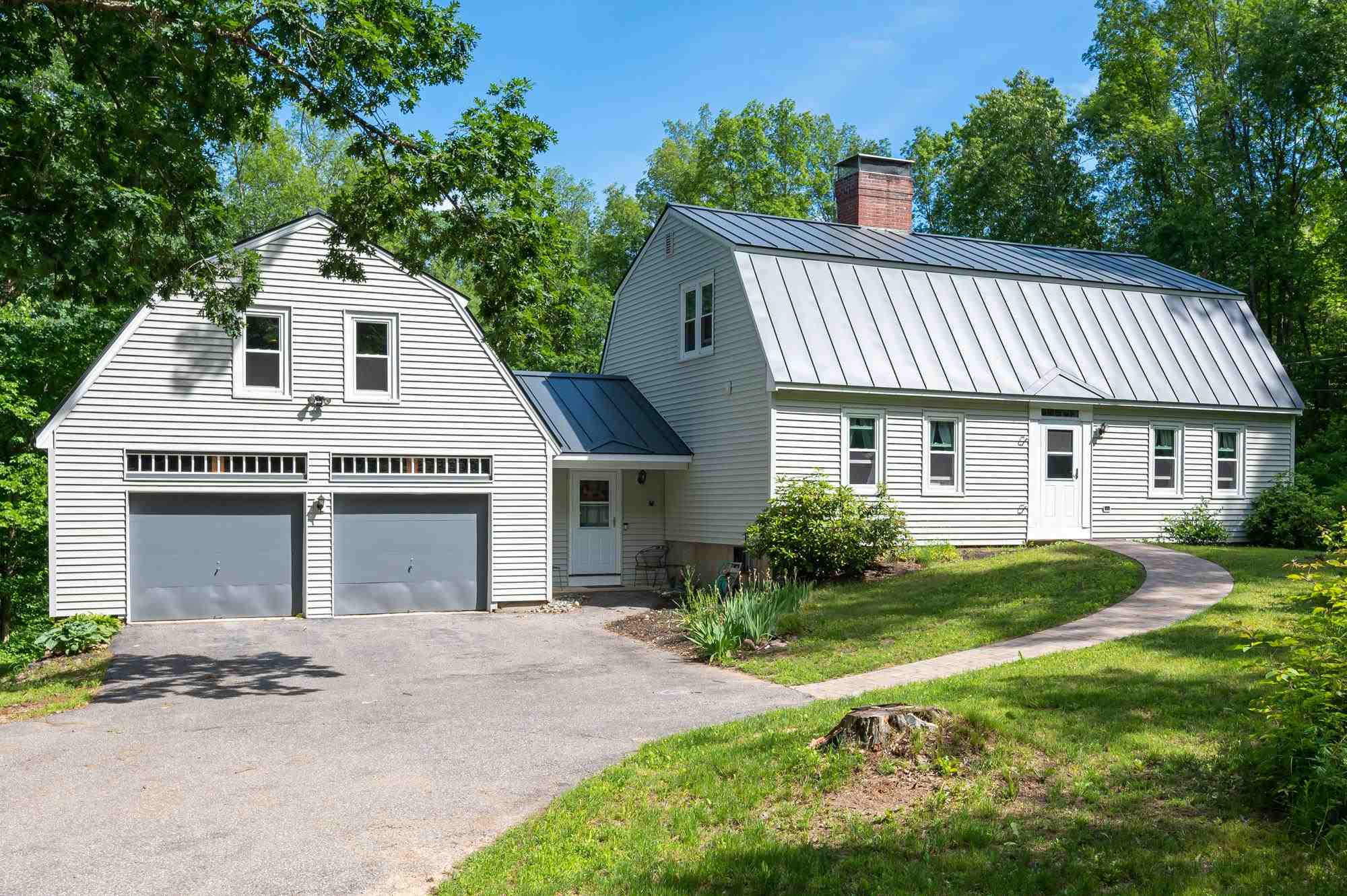 Well maintained and updated home has so much to offer. First floor has a granite kitchen with newer appliances and eating area over looking the brick fireplace. The adjoining dining room has plenty of room for formal gatherings. The living room is is well appointed by the front of the house. The first floor master bedroom has it's own bathroom and vanity area. The second floor boasts four more bedrooms a full bath and walk in attic.The walkout basement has plenty of light with the sliding doors by the wet bar. The front to back family room has another brick fireplace and all custom woodwork. The den has a cedar closet and can be used as a fifth bedroom The three quarter bath is down the hall from the laundry room. Possible in-law apartment. And if that isn't enough, there is a newly heated finished bonus room over the garage just waiting for your new flooring. All new triple glazed windows and much more!! SO MANY POSSIBILITIES. Showings begin Friday June 25th during the open house from 12:00-3:00 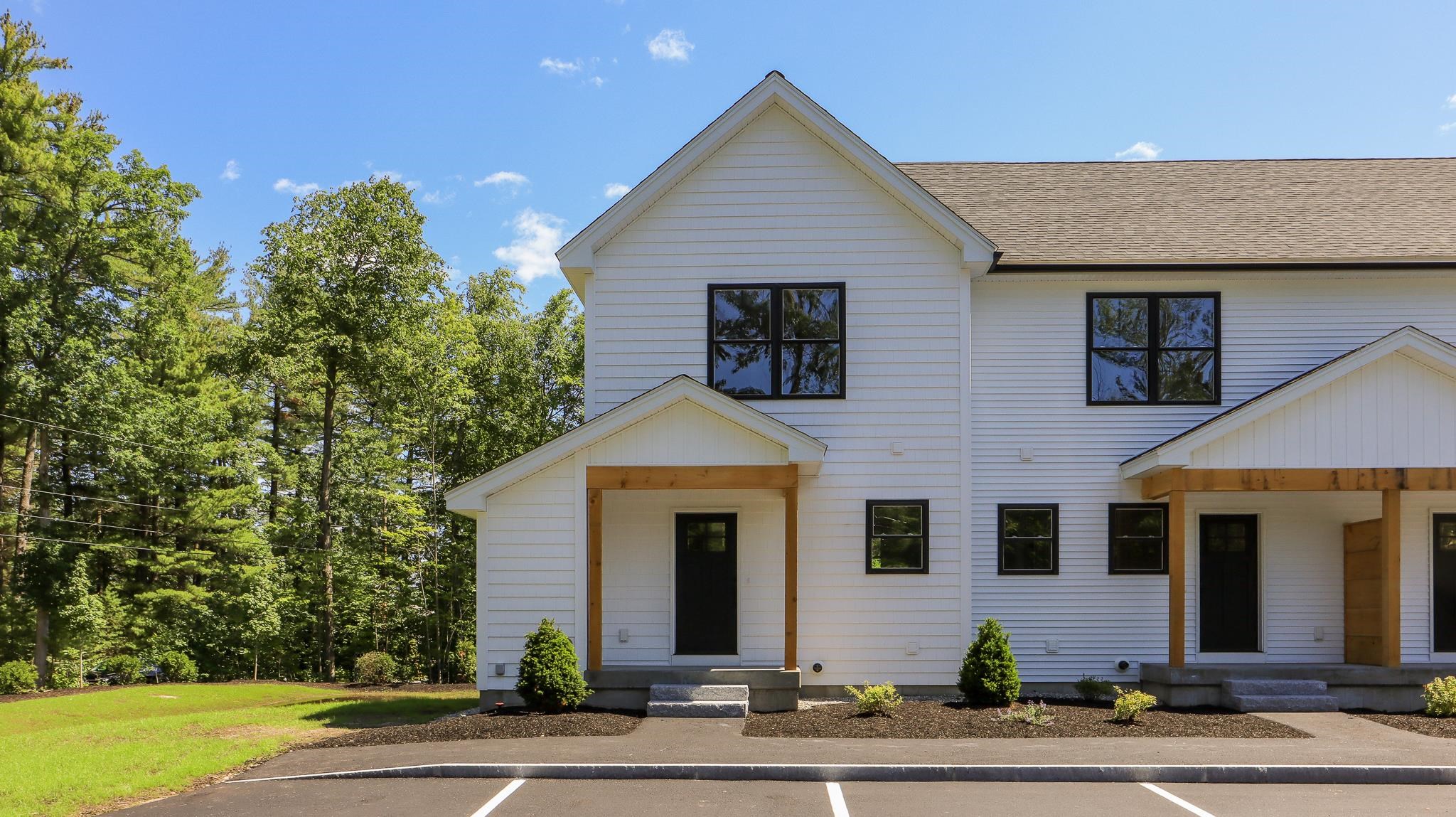 Bright and brand new, Ponemah Pines Condominium offers pretty, maintenance free living on beautiful grounds. The wide entry way has built-ins and a coat closet for storage, and leads into the first floor half bath that includes a washer and dryer and a built in folding table. The high ceilings, large windows and open concept lend an airy feel to the main floor. Beautiful shaker style cabinets topped with granite counters and a subway tile backsplash lend a luxurious feel. Countertop seating space is a great feature for entertaining and with plenty of overhead lighting and stainless steel appliances, including gas range, any cook will enjoy using the kitchen. The open flow continues on through the dining and living spaces which have access to the back yard and patio. Upstairs, the large bedrooms share a spacious full bathroom with a granite topped double vanity. There are double closets in the master bedroom. The full basement offers the potential for further expansion of the living space in the future. Bulkhead access to the back yard. There are 2 parking spaces assigned to the unit. Located just off Nashua Street/NH-101A, there is convenient access to the Milford Oval and all the local shops and dining the town has to offer. Great location for commuting, 25 minutes to Manchester Airport and just under an hour to Logan. Agent related to seller. Don't miss the opportunity to call this lovely property home! Open house on Saturday, June 26th 11AM to 1PM.

Copyright 2021 New England Real Estate Network, Inc. All rights reserved. This information is deemed reliable, but not guaranteed. The data relating to real estate for sale on this web site comes in part from the IDX Program of NEREN. The information being provided is for consumers' personal, non-commercial use and may not be used for any purpose other than to identify prospective properties consumers may be interested in purchasing. Data last updated June 22, 2021.